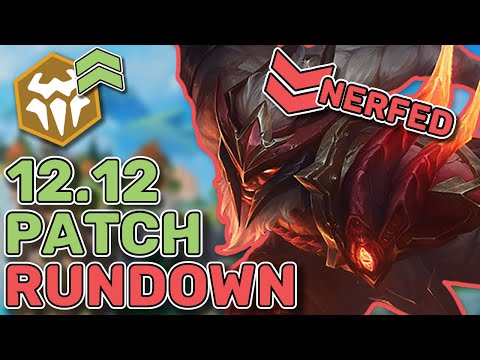 The first two weeks of the new set of Teamfight Tactics, Dragonlands, have concluded with quite good sensations for all who have played this expansion. While a barbarity has fun, Riot has put hand in a few parameters to make the game an even more pleasant experience for the most skilled players, causing numerous adjustments in different champions (with many reWorks to several champions), Increases and synergies widely used. **

There have been several increases that have dominated the metajuego since the exit of Set 7 Dragonlands, while others have not taken much into account. That is why the American company is going to give wings to these systems such as different construction and all its levels, changes to the double supply and a very interesting adjustment to the Cañonero crown.

If we talk about synergies, the Alafuria and the destroyescams have dominated the entire metajuego, becoming quite successful compositions in almost any range. Riot has decided to stop his feet to give more power to other more missing synergies such as thyrovoloz, brilliacama, gunman or legend, who lacked a small push to fly throughout the crack.

If we talk about champions, what has been highlighted have been the reks of several champions: Sylas, Tahm Kench, Shyvana, Karma and Daoo will have adjustments that will make their style of play according to How we know him now. Other champions such as Lee Without or Volibe have become quite strong, while Shen and Ryze have received nerfs necessary for their total balance.

Little to talk in this section: only the mortal sword and its radiant version, as well as the aegis of solar fire have received moderately important changes.